The following two CDs can be purchased from ericcomposer48@gmail.com at 12 euro each including postage, and paid for by Paypal. All music was written for, and performed on, the Kenneth Jones organ (built 2003) at Christ Church Cathedral, Waterford.

Ripples in Time – Rockfield Recordings (cost 8 euro including postage)
Ripples in Time, is a computer-generated dance work which was commissioned by Garter Lane Arts Centre and Waterford Youth Drama

Irish Holidays, Genuin Recordings John Finucane, clarinet and Elisavita Blumina, piano. “Eric Sweeney’s Duo for clarinet and piano (1991) is a delight. Apparently, the composer used to utilise serial techniques and extended tonality, before having an ‘Epiphany’ in the late 1980s. His style now appears to be a fusion between Irish folk music and minimalism. It is an exciting and enjoyable piece.”(John France) Music Web International, Genuin Recordings

Ros Tapestry Suite is a suite of fifteen pieces for solo piano by different Irish composers commissioned by the New Ross Piano Festival in response to the Ros Tapestry, a series of 15 very large tapestries for a permanent exhibition in New Ross. It includes Evening: The Lighthouse at Hook Head (2015) played by Olga Scheps. 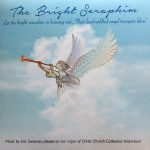 The Bright Seraphim is a selection of compositions for organ, most of which were written from 1991 to 2018 when Eric was organist of Christ Church Cathedral in Waterford. They include The Bright Seraphim, Processions, Down the Ladder, Sinfonia, Kyrie from Hymn to Gaia, Passacaglia, Three pieces from the Mass of St Patrick and an Improvisation on themes from the aria ‘Let the Bright Seraphim’ from Handel’s oratorio Samson. The carol There is no Rose (1981) is included  in this new recording Make We Merry by New Dublin Voices conducted by Bernie Sherlock which was launched on December 2017 in Dublin. Triocca: Trios for Flute, Viola & Harp – RTÉ Lyric FM.
“Triocca’s selection and treatment of works from Irish composers Philip Martin and Eric Sweeney is marked by the way they always pursue substance over style with regard to new music.” contains Walk/Don’t Walk (2011) Circle of Light – Dublin Choral Foundation
Contemporary music for choir and organ by Eric Sweeney performed by The Lassus Scholars and Piccolo Lasso under their director, Íte O’Donovan and with the composer as organist. ‘Circle of Light’ spans the past two decades of Sweeney’s output and includes major works such as Le Cercle de Lumiere (1999),Missa Brevis (1992) and The Widening Gyre (2003). Ripples in Time (2002) – Rockfield Recordings
“Eric Sweeney’s minimalist score, Ripples in Time, is a dance work which explores the themes of childhood adolescence, adulthood and old age. The hopes, fears and dreams associated with each age are interpreted through Sweeney’s specially composed score which was commissioned by Garter Lane Arts Centre and Waterford Youth Drama.” 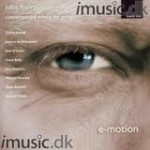 Contemporary Irish Music  CMC CD01 (Ireland) 1995
Volume One in a series of promotional CDs issued without charge by the Contemporary Music Centre to provide a stimulating introduction to the work of Irish composers. Contains Duo (1995). “This ‘musical calling card’ was produced with the assistance of funding from the Arts Council / An Chomhairle Ealaíon.”

The Windhover (1995)- Music Alliance NCA MA-DE 96 (Switzerland) 1996
“Piano music from three centuries, interpreted by up and coming young performers – the interest in this recording lies in both the choice of pieces and their unconventional interpretation, which inspires curiosity and enthusiasm”. Airs of Ireland – NIRC DEB 002 (Ireland)
This record, made by the Culwick Choral Society of Dublin, under their conductor Eric Sweeney, is a mingling of the traditional airs of Ireland with original works by Irish composers. contains Gloria (1972) for unaccompanied choir, commissioned by the Cork International Choral Festival. Islands – Contemporary Irish works for guitar played by John Feeley. Overture Music Limited (2010) “The collection encompasses a wide variety of compositional styles and approaches to writing for the guitar and offers a good overview of the contributions to this genre by Irish composers.” contains Three Folk Songs for Guitar (2003) Choirland – An anthology of Irish choral music. CMC 6001 (2012) National Chamber Choir of Ireland, conductor Paul Hillier. contains There is no rose (1981) “Overall I find a freshness of spirit, an exuberance of invention, and music that is unconventional, yet exhilarating to perform and great to listen to.” Paul Hillier 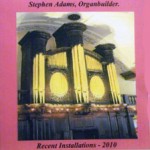 Here is the Music Player. You need to installl flash player to show this cool thing!